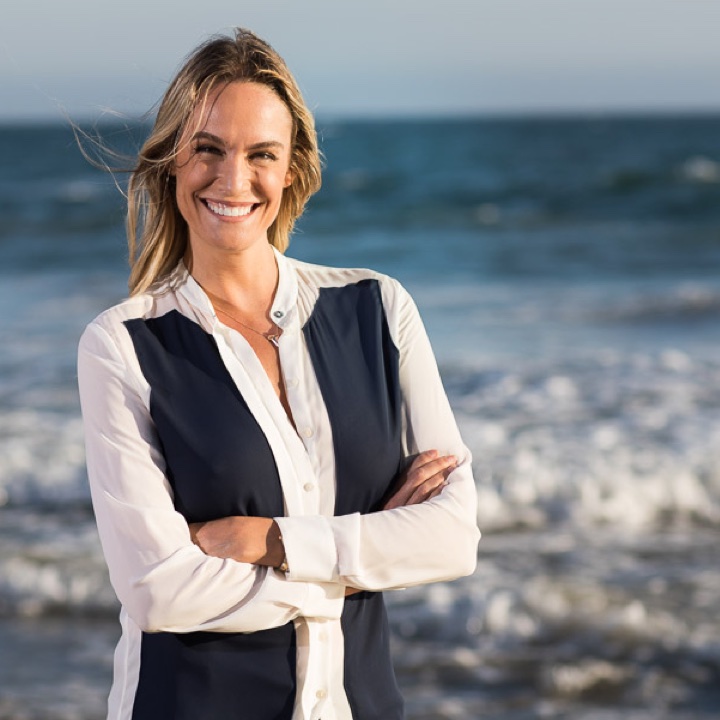 Journalist and Explorer Ashlan Gorse Cousteau travels the world in search of stories that captivate and inspire.  As a host, speaker, author and filmmaker, Cousteau uses the power of entertainment to save the world.

As a social entrepreneur, Ashlan is the principal founder of SeaWeed Naturals, a first-of-its-kind wellness lifestyle brand, that is creating products that bring customers the established benefits of the cannabis plant, combined with the countless powerful effects of marine botanicals like algae and seaweed.

Ashlan was the co-star of Travel Channel’s award-winning series, Caribbean Pirate Treasure for three seasons.  Her documentary, Nuclear Sharks, for Discovery Channel’s Shark Week 2016 premiered as the #1 rated show across all cable programming.  For over a decade, Ashlan worked as an on-camera correspondent and co-host for Emmy award winning entertainment shows E! News and Entertainment Tonight.

Cousteau’s endeavors go beyond the small screen.  Ashlan traveled to Antarctica to be a headlining speaker at TedxScottBase.  She has served as host for the United Nations Convention on Biological Diversity and was selected by former Vice-President Al Gore to be the opening anchor for 24Hours of Reality. She is a voice for environmental issues on Capitol Hill through events, and briefings and serves on the advisory board of WWF, Ocean Unite and the Environmental Media Association.

Ashlan graduated from the prestigious School of Journalism at the University of North Carolina at Chapel Hill.  She lives in Los Angeles with her husband, daughter, rescue dog, and two chickens and has explored all seven continents. 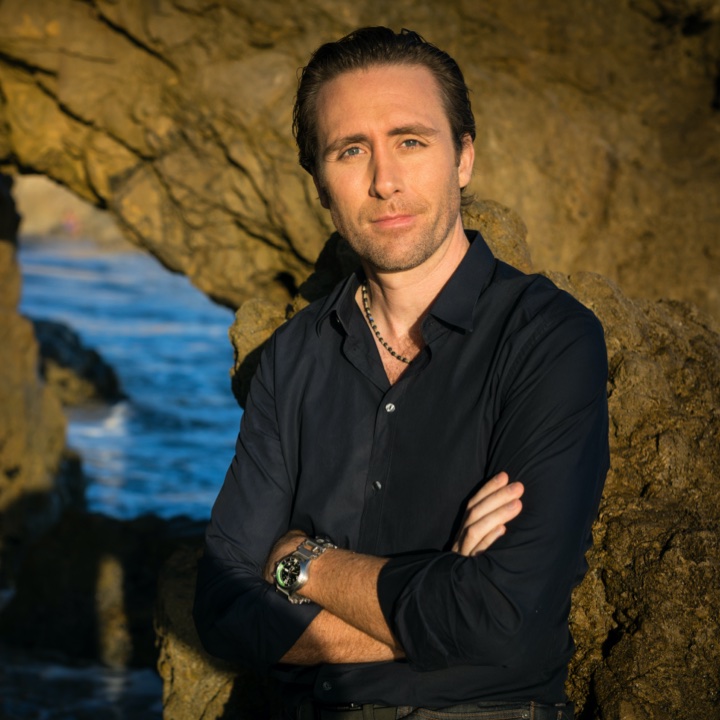 Inspired by the legacy of his grandfather Jacques Cousteau, Philippe is a multi Emmy-Nominated TV host and producer as well as an author, speaker, and social entrepreneur.

As a social entrepreneur, Philippe is the co-founder of SeaWeed Naturals, a first-of-its-kind wellness lifestyle brand, that is creating products that bring customers the established benefits of the cannabis plant, combined with the countless powerful effects of marine botanicals like algae and seaweed.

Philippe is the host and executive producer of the multi-Emmy nominated weekly syndicated series Awesome Planet, now in its sixth season.

Recently Philippe and his wife Ashlan were the stars of The Travel Channel’s hit series Caribbean Pirate Treasure; winner of a Cynopsis Media Award for Best Adventure Reality Series.  In 2016 Philippe teamed up with his wife Ashlan to co-host Nuclear Sharks, the #1 show for Discovery’s Shark Week. In 2015, they co-hosted a three-part series with Takepart.com, exploring tiger and rhino conservation in Nepal called Treasures of the Terai.

As a special correspondent for CNN, he has hosted several award-winning shows, including his series Going Green which ran for four years and the 8-part special Expedition Sumatra. Philippe has also hosted and produced television programs for Animal Planet and the 8-part series Oceans for the BBC and Discovery Channel.

His conservation efforts are focused on solving global social and environmental problems. In 2005 he founded EarthEcho International; a leading environmental education organization that is building a global youth movement to restore and protect our ocean planet. To date, EarthEcho has activated over 2 million youths in 146 countries through its programs.

As an author, Philippe’s children’s book, Follow the Moon Home, has been chosen for the prestigious Texas Bluebonnet Award Master List. In addition, he has co-written Going Blue and Make a Splash, both of which have won multiple awards, including Learning Magazine’s 2011 Teachers’ Choice Award for the Family, a Gold Nautilus Award, and a 2010 ForeWord Reviews Book of the Year Gold Award. His new book series, The Endangereds, with Harper Collins, launched in September of 2020 and his latest book, Oceans for Dummies, which he co-authored with his wife Ashlan was released in February 2021. 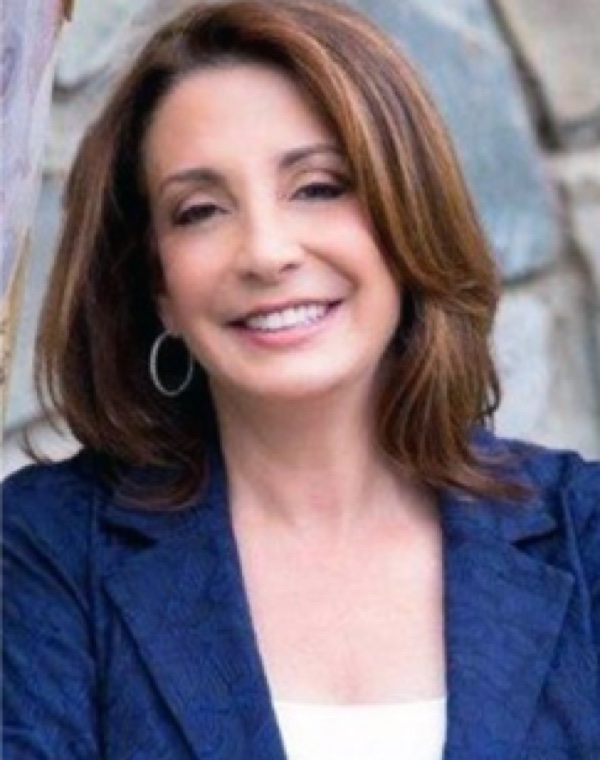 JILL BELASCO is an accomplished entrepreneur and corporate executive whose leadership and impact are widely recognized in the consumer products industry. Prior to her involvement in the cannabis industry, she was considered a key player in the fragrance and beauty industry in New York, Paris and Los Angeles. Ms. Belasco served as CEO of the Maesa Group, a French publicly traded company that designs, manufactures, and distributes private label consumer products for retailers and brands around the world. In this role, Jill was chiefly responsible for strategy, growth, and innovation across Maesa’s global businesses, overseeing organizations in Paris, New York, Los Angeles and Dongguan, China. Jill founded Latitudes International Fragrance and established the company as an innovative designer and manufacturer of high-quality fragrance and beauty products. In 2007, Ms. Belasco engineered the sale of Latitudes to the Maesa Group, where she was appointed and served as CEO of the acquiring organization. Jill entered the cannabis category in 2018, consulting for vertically integrated license-holders in California. 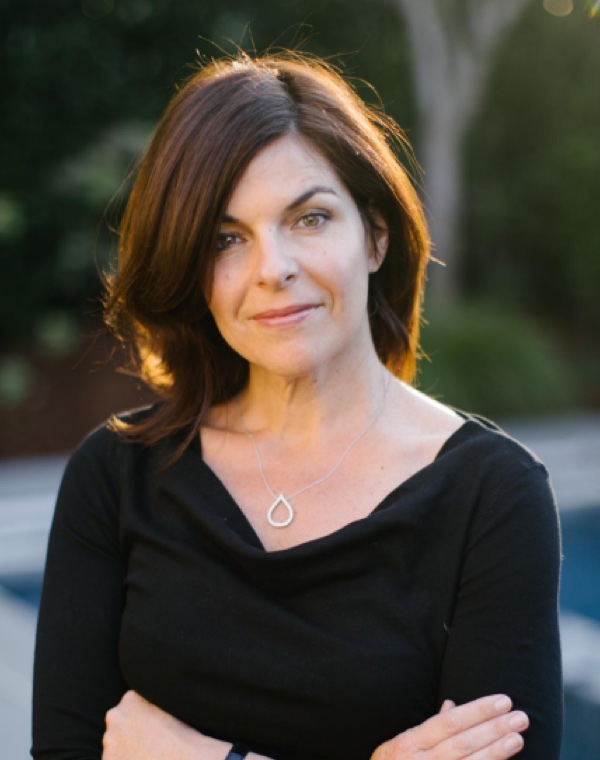 Sarah Lucas is an entrepreneur and venture capitalist, a writer and visual storyteller, and a passionate philanthropist based in Silicon Valley and Los Angeles. In her roles as General Partner at Lucas Venture Group and Partner at Celesta Capital, she works with a diverse group of founders and their teams to build transformative companies across a variety of sectors. She is a partner at Fezziwig Studios, a family focused production company, and has produced documentaries highlighting important social issues. As the Co-Founder and former CEO of Beyond Type 1, she was the driving force behind building the largest digital diabetes community in the world. She has raised over $15 million for Bay Area and national organizations focused on youth, health, and education and is a fierce advocate for climate justice, equity and a better world. 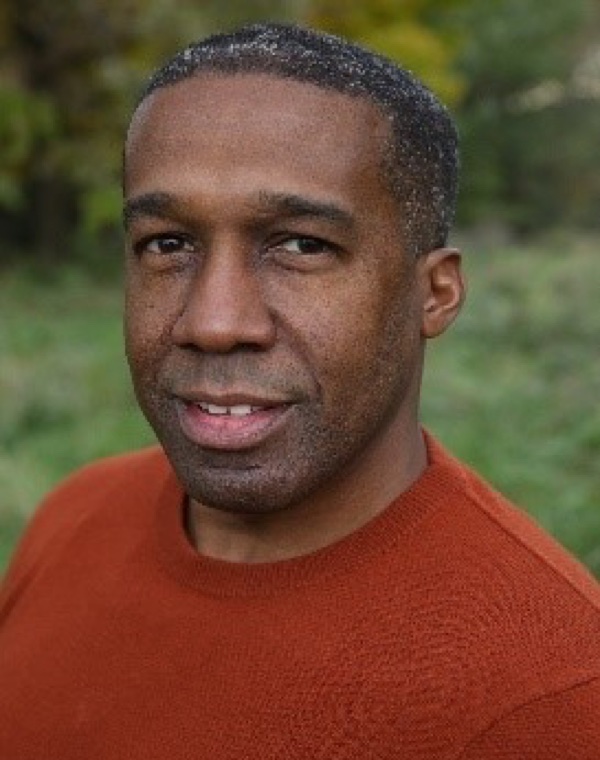 Michael leverages his skill set and knowledge to build sustainable social equity and inclusion programs for public and private organizations operating in the cannabis industry. Michael has experience working closely with nonprofits and cannabis organizations of all sizes, enabling him to build high impact relationships facilitating organizations’ success in meeting their social impact goals.

Michael served as the Director of Corporate Social Responsibility at Green Thumb Industries (GTI).  He was responsible for the development and execution of Green Thumb’s social impact program focusing on Social Equity and Justice, Diversity Equity and Inclusion, Community Engagement and Environmental Stewardship.  During his tenure with GTI Michael developed social equity programs with five local nonprofits in Chicago and two national organizations. Michael also supported the development of partnerships with grass roots community organizations in 13 states where GTI has medical and recreational dispensaries.

Prior to joining Green Thumb, Michael spent nine years as the Director of Corporate Citizenship at Xylem (a leading global provider of efficient and sustainable water technologies). Michael developed and implemented “Xylem Watermark”, a global initiative focused on safe water resources for communities around the world. 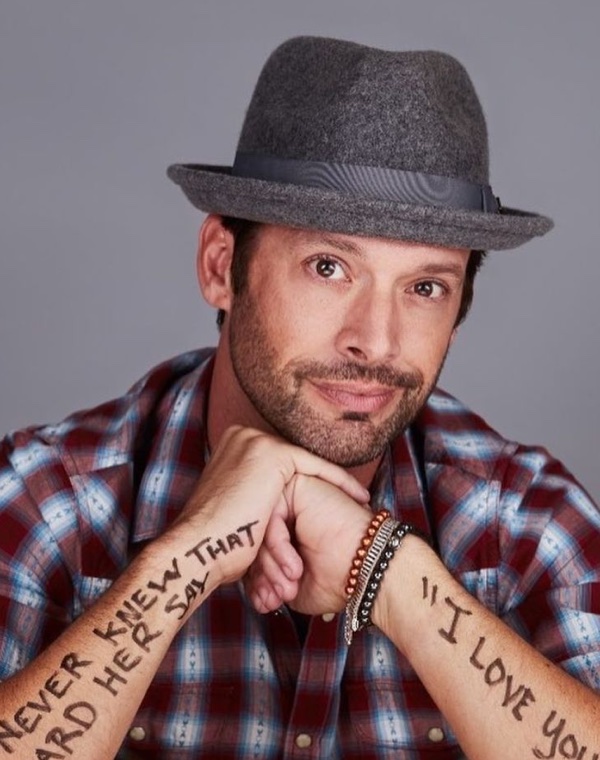 Brian brings extensive experience in promoting philanthropic efforts, both personally and through the leveraging of connections in the entertainment and international relations arenas.

Brian spent 12 years at Variety, one of the entertainment industry's preeminent global entertainment news organizations, serving as Publisher for almost half a decade. During his tenure, he launched Variety's philanthropic efforts, which generated more than $6M in charitable contributions, benefitting more than 50 non-profit organizations.

Brian received the United Nations Foundation's highest honor, the Global Leadership Award, for his role in mobilizing the entertainment industry to use its collective resources to support UN and UN Foundation-related campaigns.

Brian serves as the Chief of Innovation & Industry Relations for the Entertainment Industry Foundation. In 2020 he produced Graduate Together: America Honors the High School Class of 2020.  The 1-hour broadcast was watched by 21.8 million viewers, and additional clips of the broadcast were streamed more than 250,000,000 times.

Brian is a partner at the entertainment company, Fezziwig Studios, which is a full-service entertainment development, production and financing company committed to entertaining families with the highest quality movies and series.

He is also an active founding member of the West Coast Board of Advisors for the National Center for Missing & Exploited Children.  As the preeminent US-based effort to find missing youth, NCMEC works with families, victims, private industry, law enforcement and the public to assist with preventing child abductions, recovering missing children, and providing services to deter and combat child sexual exploitation. 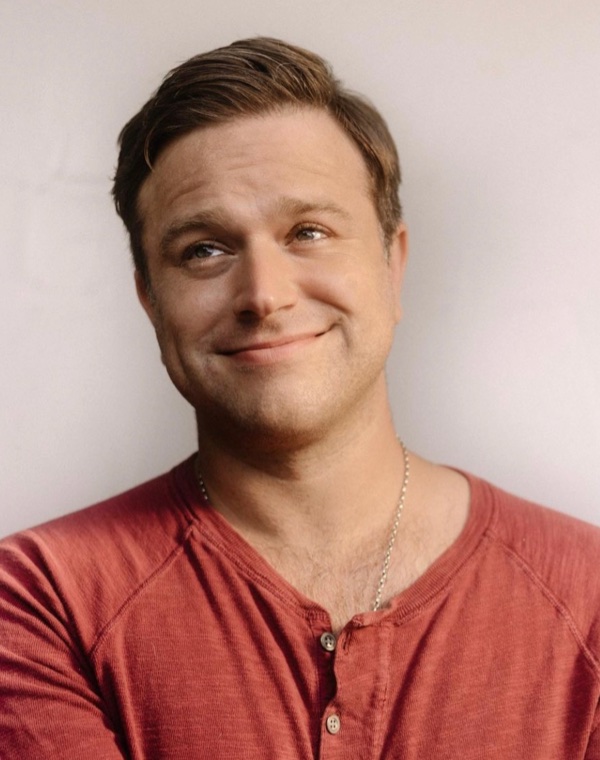 Zak Williams is passionate about developing best-in-class products and experiences to provide effective, sustainable products for supporting optimal mental wellness and alleviating anxiety. As a mental health advocate, he focuses his time and effort on sharing his story and sharing his experiences to support initiatives and campaigns seeking to remove the stigma and address the challenges associated with mental health topics. Zak is CEO and founder of anxiety relief company PYM and is an investor in technology and consumer packaged goods companies. Formerly, Zak was COO of the recommendation platform Crossing Minds, the Director of Business Development for media company Condé Nast, and the marketing lead for gaming and media platform N3TWORK.

Zak is a US trustee of United for Global Mental Heath and board member of mental health awareness non-profit Bring Change 2 Mind and the Yerba Buena Center of the Arts where he focuses on guiding the organizations' strategy and business development initiatives. He received an MBA from Columbia Business School and a BA in Linguistics & Literature from New York University. 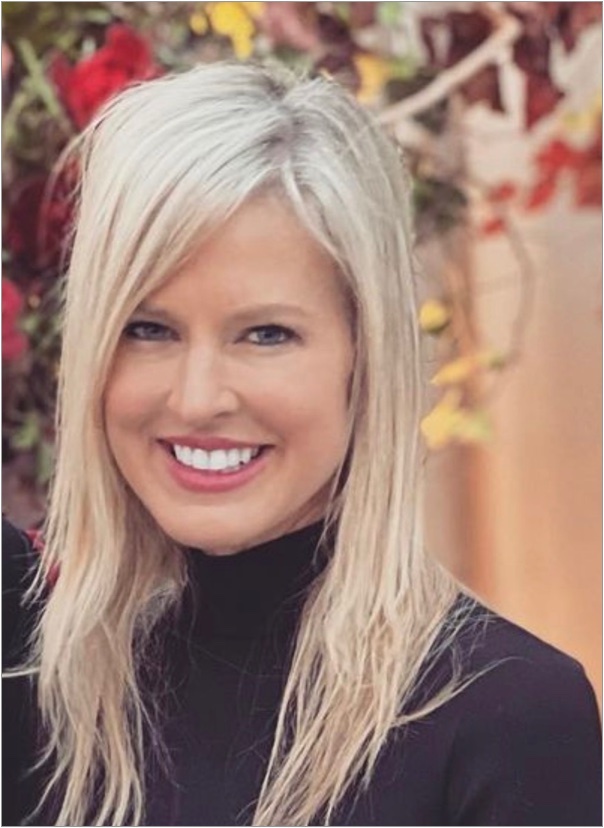 In 2008 Tracy joined Starwood Hotels and Resorts as the Director of Distribution, Loyalty and Partnership Marketing, focusing on their luxury brand portfolio. Starwood’s world-renowned loyalty program, “Starwood Preferred Guest” served as the industry leader in both customer satisfaction and personalization.

In 2014, Tracy joined Estee Lauder Companies, first with MAC Cosmetics where she managed partnerships and campaign launches and then with Bobbie Brown Cosmetics where Tracy served as the Executive Director of Global Marketing.

Tracy joined L’Oréal USA in 2016 as the Associate Vice President of CRM and Loyalty for The Body Shop USA (TBS). TBS fights for a fairer world through community trade, sustainability, all-natural products and showing that business can be a force for good.

L’Oréal sold TBS to Brazilian cosmetics group Natura & Co. Tracy was promoted to Head of Marketing, U.S. She oversaw the brand work, creative and public relations for the market. During her tenure, TBS earned a B-Corp Certification, initiated in store recycling and was awarded the inaugural Compassionate Corporation Award by Born Free USA.

After three years with the TBS, Tracy left the organization to share her knowledge of sustainable practices and environmental action with impact focused brands as a sought-after consultant and advisor.